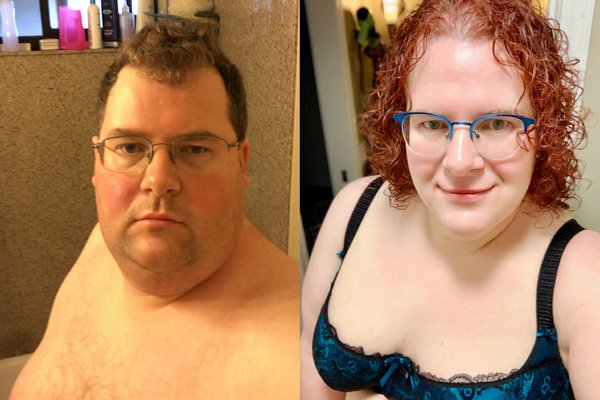 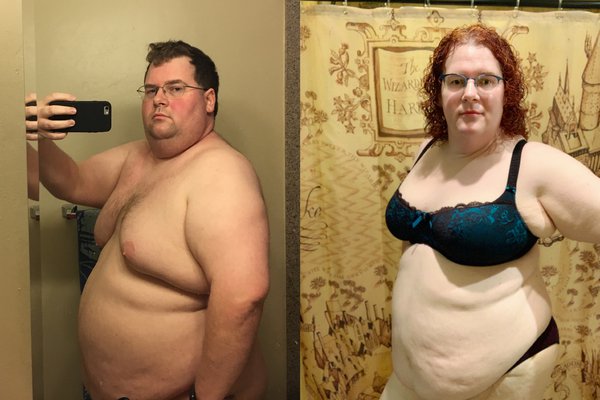 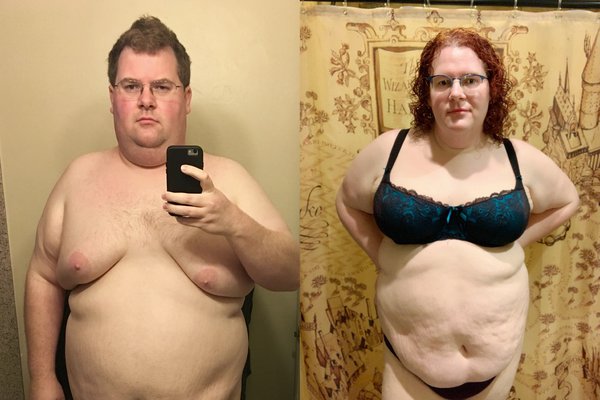 Two years ago today I realized I was trans.

A week prior, while at a mall with my family, I discovered that one of the developers I knew through twitter was now presenting female online, and seemed to be transitioning. This kicked something, something heavy. I was jealous… extremely jealous, because at that point I still thought I wasn’t trans. I wished I was, I wanted to be trans, I wanted to be a woman with every fiber in my body, but I wasn’t, so I couldn’t, and that was that.

This caused so much inner turmoil. Every time we walked through Target I would get hit with this intense wave of grief as we passed through the women’s section. My wife would wander off to look for clothes and I would stand there at the cart, staring at the mannequins, with my heart being squeezed in a vice. I couldn’t talk to anyone about it. No one could know I felt like this. If even one person found out, everything would fall apart. That torment was destroying me. For months I had been getting hit by harder and harder depression. When I wasn’t morose, I was angry. I had absolutely zero patience for my daughter’s 4 year old antics, a fuse so short it was almost absent, and a a voice that hardly knew how not to yell. I was turning into my father, that much was obvious; a bitter, angry old man who blamed everyone for his problems except himself and lashed out at anyone who got in his way. I did not want that for myself.

My wife was 7 months pregnant at the time, and just like the first pregnancy she had been struck by hyperemesis gravidarum and never stopped feeling nauseous. Unlike the first pregnancy, however, a new drug had made it possible for her to stay functional. The nausea was suppressed enough that she was actually able to enjoy being pregnant this time around, and now that she was in the third trimester I was a constant state of envy for what she was experiencing. I’ve wanted to be able to get pregnant since I was 14 years old, I ache with the need to carry a baby on a womb I don’t posses, and seeing her enjoy it was like a sledge hammer into my abdomen.

I was miserable. She could see I was miserable. She knew it was something much worse than just stress; this was clearly clinical depression. She told me that morning that I needed to get a therapist and figure out what the hell was wrong with me. I knew what was wrong with me, but I didn’t think I could do anything about it… and how could I tell a therapist? I can’t tell anyone! My brain literally wont let me!

That night I laid awake in bed, as I had been so often for weeks, while my wife was asleep at my side, I reached for my phone and searched for a term I remembered from long ago: Autogynephilia (AGP), a psychology term that I had discovered as a teen, which described a fixation where straight men envision themselves as women out of a sexual fetish. This was the term that I had uncovered while trying to understand who and what I am back in the 90s, and it was the term that shoved me into the closet.

What I found was a mountain of evidence that AGP had been thoroughly dismissed as sexist and homophobic hokum. The man who created it has a notorious reputation for misogyny and taking advantage of his psychology patients. His “studies” surrounding his theory are massively flawed and were skewed because his trans patients would say whatever he wanted them to say in order to get treatment. In short, the thing that put me in the closet 20 years prior was complete garbage. I didn’t have a fetish, I had gender dysphoria!

I was trans all along!

Somehow that night I fell asleep, but the next day I discovered r/asktransgender and the trans community on Reddit. I spent the entire day reading posts, uncovering hundreds of stories from people who experienced the exact same things I had. It was like receiving my invitation to Hogwarts, I finally knew where I belonged, I knew why I was so different, so strange. I started to remember things that had long since been buried, things about myself and my childhood, things I had made myself forget out of self preservation.

Then I found a post by a woman that had been written a year prior, where she described all of the things that she had felt blessed to receive through her transition. These were body changes, but also social changes, changes in the way the world addressed her and reacted to her. It was like reading a wishlist of things I wanted in my life. That was it, that was the deciding moment. I knew after that, regardless of what happened, what it cost me, how much I lost, I was going to transition.

My wife sent me out that night to get chinese takeout, and when I left the house I put on Green Day’s Insomniac (specifically Panic Song and Brain Stew), and just cranked it. During that five minute drive I felt energized, reinvigorated, I felt more alive than I had in a decade. I sang at the top of my lungs the entire drive to the restaurant and back, and when I got home I was in the best mood I’d been in ages. I was calm and cheerful, extremely patient with my daughter, loving to my wife. I gave my daughter a bath that night, something which always resulted in raised voices and tears, but this time was calm and happy. My wife said it was like I was a completely different person.

That’s when it hit me… how the fuck was I going to explain this to her?

If you appreciated this post, please consider making a small pledge towards my Patreon in support of my work.