One of those people. 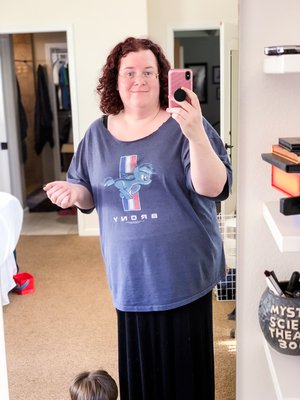 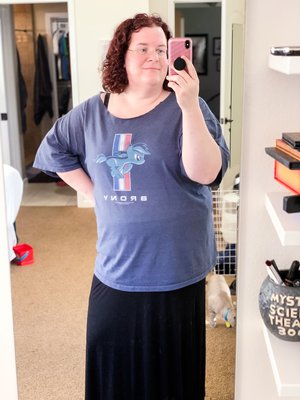 It still surprises me sometimes, it catches me off guard.

I’m one of those people, those changelings that you only saw in tabloids and daytime talk shows. Those people that “good christians” don’t become… The fact that I did this, that I am this… it blows my mind. Even tho its what I wanted for three decades, it still just feels so impossible. It feels like it defies the order of the universe, like I’m breaking physics. It’s so preposterous, so outlandish, so daring and impossible.

But I did do it, I made it happen. I became a girl, the girl I always was, the girl I should have been, the girl I felt inside before I even knew that I could feel that way.

And that is so beautiful, and so powerful, and so amazing, that I cannot imagine ever being without it. It fills my entire body with light and makes my heart swell with joy just from thinking about it.

This is a gift, the best gift I ever got, and I cherish it deeply.

I tweeted this all last night while in the depths of a massive euphoria surge, the kind that makes you start happy weeping uncontrollably. I read it now and WOW is it a load of sentimentality, but it’s still incredibly true and I just had to share it here.

TERFs and Transphobes, religious bigots… they cannot get it, they don’t want to get it. The joy and happiness that comes from transition is so extremely strong, stronger than anything a drug could give you (at least, any legal drugs). If any antidepressant could cure depression so thoroughly and perfectly as medical transition does for those who need it, it would be hailed as a medical marvel, yet instead we are hated and reviled for seeking it. Something this beautiful and this pure could never be wrong.

It’s a maxi skirt and night shirt kind of day. My wife has removed the children from the house so that I can try to get some work done at home this morning