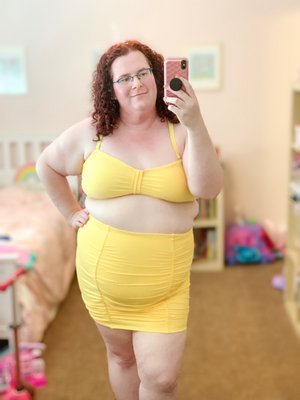 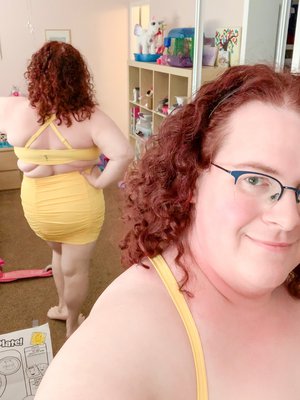 I was 11 years old when Disney’s Beauty and the Beast was released in theaters, and I was positively enthralled by the film. The music was spectacular (BatB was the second CD I ever owned), the animation and direction was glorious, and Belle was the nerdy girl princess that I aspired to be (these days I’m more of a Merida).

The ballroom dance scene was a technological feat of animation, a computer guided boom shot the likes of which Disney had never made before, but at the time my eyes were not on the animation. Like every little girl near my age, my eyes were on that dress. Belle’s dress. The ballroom gown of all ballroom gowns.

I wanted to wear that dress more than I had ever wanted anything before.

Disney’s animated films have had profound impact on trans people of all ages — Little Mermaid’s Part of your World and Mulan’s Reflection both have touched untold numbers of trans children growing up — but I would be a fool to deny that the feelings I had towards that dress were not a very impactful part of my teenage trans awakening.

Maybe some day I’ll get to wear that dress, but until I do, this Torrid swim set makes a very nice substitute. I saw it on their site way back in March, at the start of the season, and bookmarked it immediately, but couldn’t justify spending the money on it when I had a perfectly good bikini set already in my drawers… the bikini set which my wife stole from me two weeks ago. So when I went to Torrid last weekend and saw the bottom for this set on the clearance rack, I of course had to try it on.

They didn’t have the top, and while the bottom did fit, it was a size 1 and just a wee bit too tight, so I asked if they could order it for me in a size 2 and still get the clearance price. They could, and the entire set only cost $50!! How could I say no?

I love this set. The bottom shows off all my curves, and the top is exactly supportive enough for what I’m bringing to the table. I cannot wait to wear this the next time we hit the beach.