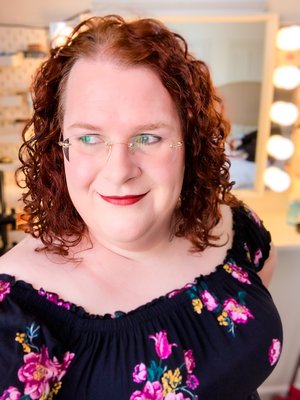 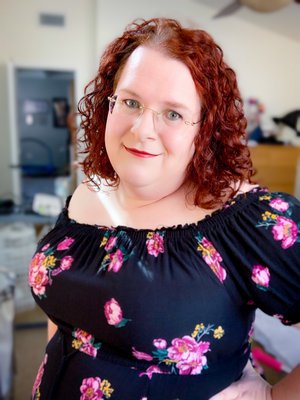 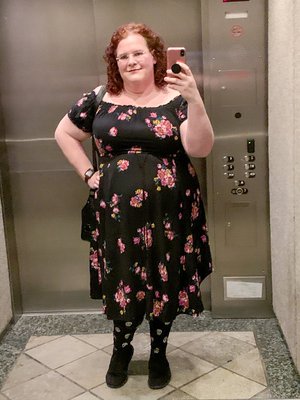 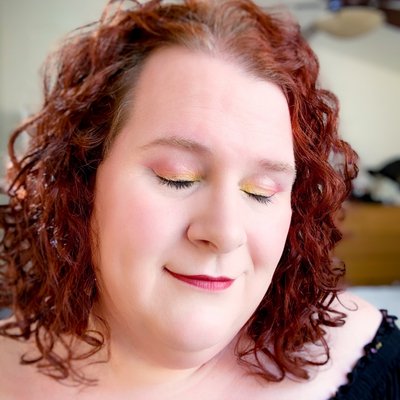 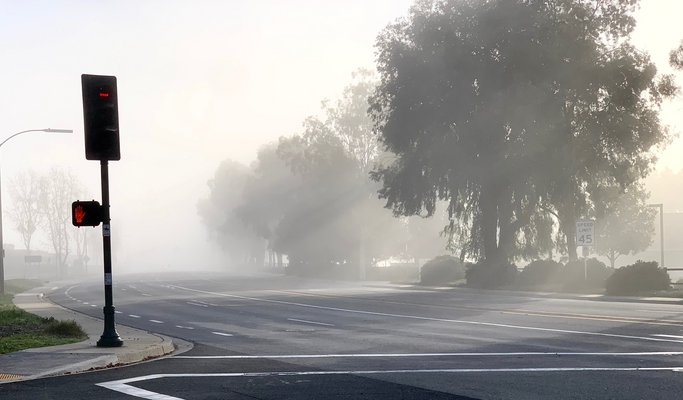 I don’t know what magic happened in my bedroom today, but wow did these photos come out good.

Today I had an appointment with a new endocrinologist, but this time not for anything trans related. This was about my pre-diabetes.

Back in 2016 when I was at my highest weight ever I was categorically Type 2 diabetic; my A1C was 6.7, and anything above 6 is an instant diagnosis. However, my doctor either didn’t notice it, or he decided it wasn’t a big deal. He just kept pushing me to lose weight and never prescribed anything.

After I came out to Katharine I developed gastritis from the stress and ended up losing almost 40 pounds over three months. It was not a good time, I had to force myself to eat every day to keep from being malnourished. When my weight leveled off my A1C had dropped to 5.6, and over the next year got as low as 5.4, taking me well outside of the risk zone.

Well now it’s back up again, my last test came back 5.7, which puts me back into pre-diabetic territory. On top of thay I’ve put on weight again after two and a half years stable within five pounds. When you combine this with my need to lose weight for GRS, it’s clear it’s time for an intervention. The previous endo I saw thought might have insulin resistance, and my dietitian suspected I have a GLP1 deficiency.

This new endo seems to agree, and has given me a prescription for Victoza. It’s a daily subcutaneous pen injection, and it should reduce my hunger drive while slowing down my digestion. That is, assuming it doesn’t make me nauseous, which is the most common side effect.

A couple people I know have had success with it, so here’s hoping it helps me get control over my disordered eating habits.

In other news, we bought an air fryer this week, and OMG is this going to change everything. I made mushrooms and hashbrowns in it this morning for breakfast and they were incredible. We fried up some chicken nuggets for the kids and they were way better than pan frying in oil. We’re gonna get so much use out of this.