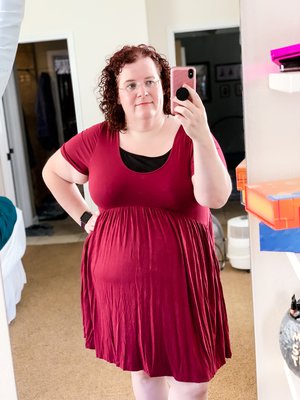 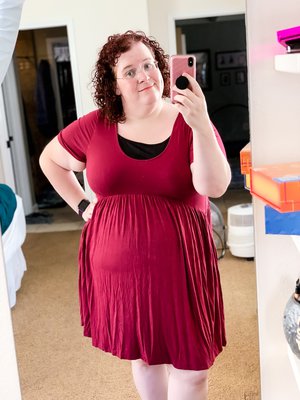 Last week a tweet crossed my feed from a mom of a trans daughter, commenting on how her 7yo child had contemplated suicide multiple times. The story knocked loose a memory from my own childhood, around the same age (don’t know exactly when, but old enough to see above the kitchen counters). I was standing in the kitchen, facing the stove, with a steak knife in my right hand… wondering how hard it would be to stab myself in the chest with it.

We explored this memory in my session yesterday to see if anything came out of it. This was my first time using EMDR to try to see a buried memory, and it was different from previous trauma treatment. Usually EMDR means reliving an experience, letting the brain flow and wander as it replays, while processing the feelings that come forward. This memory wasn’t moving, it was a still-frame, a moment frozen in time; so it took a new approach.

I entered the memory in third-person, as I am today, walking around the Me of before that is frozen in the scene. This allowed me to explore and manipulate the world of the memory. It felt like a mental version of the holo-deck, examining an event externally.

The first surprise was that I wasn’t a little boy in the memory. My memory resident self image from that time is a girl with long blonde hair (my hair was dirty blonde as a child). The second was what I saw when I looked behind myself, into the dining room. The room was dominated by a gigantic black granite obelisk. Whatever had me so upset was inside that rock, but I could not get at it, I am completely walled off from that memory. I could hear my mothers voice, distant and muffled, like through a wall. I could not tell what she was saying, or even the tone it was being said with, just that it was definitely hers, and I knew she was inside the rock.

The entire experience was very new and different, and I didn’t think therapy could actually be like this. Televised depictions of this sort of thing seemed completely fictional. Kinda wild that this is really how it works.